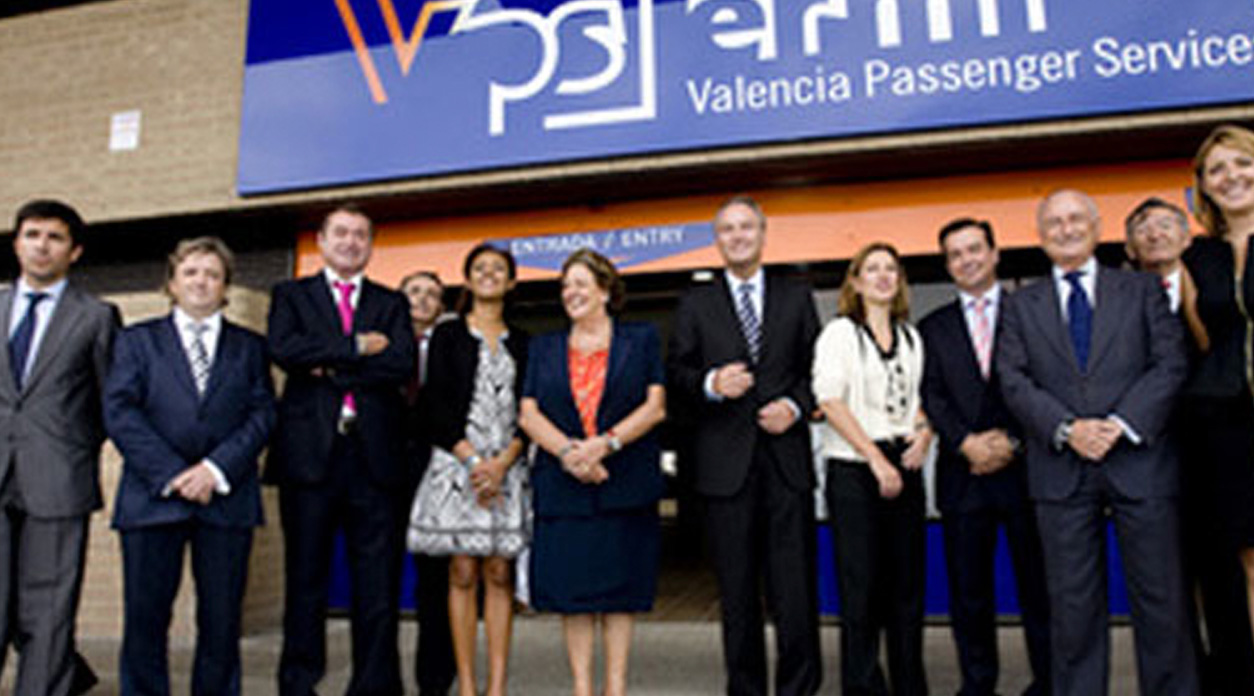 The President of the Generalitat Valenciana, Alberto Fabra, the Government Representative in the Community of Valencia, Paula Sánchez de León and the Mayoress of Valencia, Rita Barberá, along with other authorities, amongst whom was the General Manager of the Consorcio Valencia 2007, Pablo Landecho, attended the inauguration of the Valencia Passenger Services terminal.

The terminal, located in what was previously the maritime station, alongside the Clock building, is a Valencian project headed by the shipping agents Berge, Transcoma, Pérez y Cia and Roca Monzó.

It will be a reception point for cruise-goers which will house a large number of services: checking in, waiting room, transfers to and from the liners, transfer services to the city of Valencia, cafeteria, souvenir shop and tourist information point.

During its first months of operation, every Saturday from the 29th of September and throughout October it plans to receivea weekly liner from the company Pullmantur, which will depart from our city, travelling along a route around the Mediterranean to return to Valencia a week later.

This facility is the result of the concession made by the Consorcio Valencia 2007 and it will be extended until 2016, when the new liner terminal that is currently under construction in the Port of Valencia will come into operation.

TGL Transport of the carriages fro...